The Peter C. Alderman Foundation: “Because Peter Lived, the World is a Better Place”

On September 11, 2001, Stephen and Elizabeth Alderman of Westchester County, New York were in the midst of touring southern France, enjoying a 2 week vacation intended to honor Stephen’s 60th birthday. While visiting the medieval French village of Rousillon, an upset and crying cashier in a gift shop informed the unaware couple that the World Trade Center and Pentagon had been attacked – which prompted frantic phone calls on their part to ascertain the whereabouts of their children, who were already in contact with each other as the tragic events transpired that morning. Their daughter Jane Alderman, mindful that her youngest brother Peter frequented the location of the World Trade Center, had emailed him and warned him not to go downtown. Attending a conference above the impact site of American Airlines Flight 11, Peter was already in danger at the Windows on the World Restaurant and informed his sister to that effect with the words “I am there.” At exactly 9:40am, Peter’s last email arrived in Jane’s inbox, ominously stating that he was stuck in a smoke-filled room and in absolute terror for his life. Just before 10:30am, the North Tower collapsed, killing Peter Alderman – who at the age of 25 was the youngest of the Alderman children. 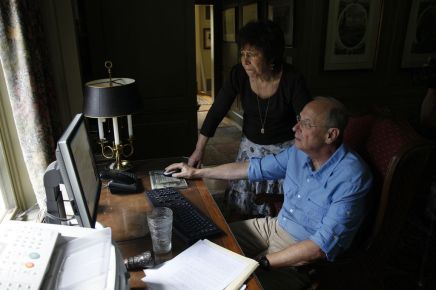 As with all families who have suffered the violence of terrorism, the Alderman family struggled to cope with the mental and emotional crisis that came as a consequence of Peter’s death. “You either kill yourself – crawl into bed and never get out – or you put one foot in front of the other,” says Elizabeth Alderman. But the Aldermans have done substantially more than just place one foot in front of the other, converting the depths of their sorrow into the formation of “a foundation to help children overcome the emotional wounds of terrorism and mass violence.” Initiated in 2003, the goal of the Peter C. Alderman Foundation is to “foster homegrown mental health systems around the world in partnership with indigenous academic, government, and religious institutions.” The driving force behind their determination is the catharsis that can occur when positive efforts occur in the midst of grief, sorrow, and tragedy – bringing light in the midst of darkness. “Because Peter lived, the world is a better place,” the Aldermans state emphatically when questioned about their motivation and reasons for creating the international organization that bears the name of their martyred son.

The idea for their award-winning mission required a gut-wrenching spiritual sojourn on their part to convert the anger and devastation they naturally felt in the wake of 911 into benevolence and humanitarianism. Trapped in a downward spiral of merciless grief, depression and insomnia, the Alderman’s serendipitously discovered the answer to their personal trauma while watching a segment of the ABC news program Nightline, which chronicled the mental torment of refugees fleeing from unrelenting war and terrorism around the world. Learning that 1/6 of the planet’s population lives in severe emotional trauma due to the aftermath of violence, the Aldermans used the $1.4 million they received from the 911 Victims’ Compensation Fund to seed the initial phases of the Peter C. Alderman Foundation, which was but one of about 300 foundations to spring up in the wake of the 911 attacks.

As featured in the video that can be viewed below, the foundation initially began its work in Cambodia, a country heavily afflicted with psychological trauma, due to years of mass genocide that occurred there under the Khmer Rouge from 1975 until 1979. The

Aldermans have included Buddhists monks as part of the foundation’s therapy in that country, owed to the Cambodian belief that depression and anxiety are a result of the displeasure and abandonment of the gods. Now counting the services of over 600 treatment personnel, the Peter C. Alderman Foundation has reached into 22 countries, including Uganda, Rwanda and Haiti – countries that have suffered disastrous civil war, genocide and unrelenting violence. In but a few short years, the Aldermans’ work has been the recipient of esteemed awards, such as the 2009 Purpose Prize, which awards $100,000 to five people over the age of 60 who have adapted new and creative ways to solve tough social problems. Undoubtedly, the highest honor bestowed on the Aldermans has been the October 20, 2011 Presidential Citizens Medal, granted to 13 Americans by President Barack Obama in recognition of their efforts to “set examples of helping one’s neighbors in keeping with American tradition.” 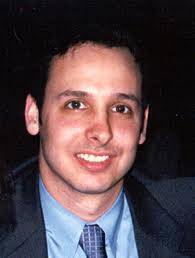 The Aldermans have incisively realized that the surest therapy for families that have suffered the emotional pain of terrorism is a personal, diametrical dedication to the pursuit of world peace and hope. Simultaneously, it is also the most significant way to honor those that have died in acts of terror, because – as the Aldermans have discovered – it is the only way to find positive meaning in the senseless and violent tragedy of their death. This realization is also crucial to the future of the human race, since terrorism seems to be reaching for more destructive means as time moves forward – and could very likely embrace nuclear destruction one day. Likewise, this realization of hope in the midst of tragedy is connected very strongly to the creation of a national monument that honors victims such as Peter Alderman. Such a national emblem would not only tribute those that have perished as innocent victims, but it would also stand as an inspiration to the world for much-needed tolerance, peace and global brotherhood. Please show your personal understanding of this need by clicking on the link below and signing the petition.

On October 2, 2001, scarcely one month after the horrors of 911, Representative Jim Turner of Texas introduced H. R. 2982 to the House of Representatives, calling for “the establishment of a memorial to victims who died as a result of terrorist acts against the United States or its people, at home or abroad.” The resolution was amended by the Committee on Resources in June of 2002 and eventually approved on September 25, 2002 on a “motion to suspend the rules and pass the bill.” It was sent to the Senate Committee on Energy and Natural Resources, but it has languished there ever since – in effect dead and going nowhere. In 2008, this Senate Committee considered making Dark Elegy, the work of a New York sculptor who lost a son in the bombing of Pan Am flight 103 over Lockerbie, Scotland, as the monument called for in H. R. 2982. However, the committee turned down the touching and thought-provoking sculptures of Suse Ellen Lowenstein – on the grounds that “…as compelling and impressive a proposal as has been made for the memorial in question, that we believe that, for the time being, that it relates to a very specific incident and should be treated as such rather than as a generic monument to victims of terrorism for all time.” Today the resolution seems forgotten, and it is the purpose of this website to promote a petition to the House of Representatives and the Senate Committee on Energy and Natural Resources, requesting that H. R. 2982 be reconsidered and revisited.
View all posts by jrcclark →
This entry was posted in Posts for the Cause and tagged Alderman, Architecture, Barack Obama, monuments to the fallen, monuments to victims of terrorism, New York, peace, Presidential Citizens Medal, September 11 2001, terrorism, terroristic violence, victims, world brotherhood, World Trade Center. Bookmark the permalink.