Nothing More Than Nothing: The Weight of a Snowflake

December 14, 2021 will mark the 42nd anniversary of the day my father fell victim to a terrorist attack while working in Istanbul, Turkey as a civilian contractor with NATO (North Atlantic Treaty Organization). After a long career in the Air Force that saw him rise to a high rank through WWII, Korea, and Vietnam, it took the heartless act of terrorists to rob him of his life and the ability to grow old in the eyes of his family. An expert in intercontinental warfare, he was in Turkey engaged with the removal of nuclear ordnance – as dictated by the agreement ending the Cuban Missile Crisis. Although I can never get through the anniversary of that day without remembering his death, which I have always referred to as the darkest day in my life, I do not write this just to commemorate my father- for there are literally hundreds of Americans that have died overseas, fallen victims to terrorism while defending their country. One list chronicling the attacks up through 1997 is available through the Bureau of Diplomatic Security. Should you be interested in reading the circumstances of dad’s death, hit the link and scroll down to the date December 14, 1979 and you will find a brief synopsis, which is listed along with other tragic attacks that have taken place down through the years. You can also find reference to my father’s assassination on the Global Terrorism Database, which has recorded over 104,000 worldwide acts of transnational violence. For each affected family, the death of their loved ones has been equally tragic to the acts of 911, I can personally assure you – because I felt the anguish and grief with my mother, brothers, sisters, aunts, uncles, and cousins exactly 42 years ago.

In the wake of 911, Congress at one time agreed to call for a national monument to the fallen victims of terrorism, as you can ascertain through some readily available documents at the Library of Congress. However, the committee dedicated to constructing this noble commemoration, which would duly honor my father’s memory along with the other hundreds of victims that have died, seems to have fumbled the ball, for nothing has happened – at least to my investigation, and the office of Congresswoman Kay Granger in Ft. Worth, Texas has confirmed this oversight. The resolution has died in the Senate.  For those of you who read this, you could do my father and the other victims of terrorism an honor by signing the petition found at Change.org. Tell the government you would like to honor Lt. Colonel James B. Clark and the hundreds of others that have died as victims to terrorism, at home and abroad. If you truly appreciate being an American, I fail to see how you can refuse to do so. If you aren’t a U. S. citizen, then sign it as a testimony of your dedication to world peace.

As for now, stay warm and happy in heaven, Dad. I know you are there with the Great One, because they say martyrs go straight to paradise.  I am an old man now, but I still remember and love you as I did forty-two years ago. The time is coming soon when we will be able to sit down once again and enjoy a father and son conversation. I just hope this country will one day admit that it loves you too. I send to you, and anyone that happens to read this, the wisdom of the Coalmouse and the Dove: 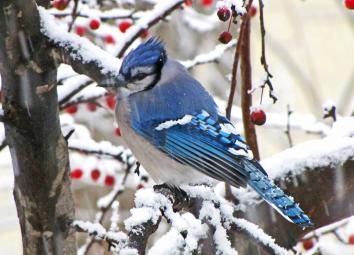 The Weight of a Snowflake

“Tell me the weight of a snowflake,” a coalmouse asked a wild dove as they sat on the branch of a tree.

“Nothing more than nothing,” the dove answered.

“In that case I must tell you a marvelous story,” the coalmouse said. “I sat on a fir branch close to the trunk when it began to snow. Not heavily, not in a raging blizzard. No, just like in a dream, without any violence at all. Since I didn’t have anything better to do, I counted the snowflakes settling on the twigs and needles of my branch. Their number was exactly 3,471,952. When the next snowflake dropped onto the branch–nothing more than nothing — as you say — the branch broke off.”

Having said that, the coalmouse flew away.

The dove, since Noah’s time an authority on peace, thought about the story for a while. Finally, she said to herself, “Perhaps there is only one person’s voice lacking for peace to come to the world.”

Are you one of those snowflakes, those voices? If not, I must ask you why?

On October 2, 2001, scarcely one month after the horrors of 911, Representative Jim Turner of Texas introduced H. R. 2982 to the House of Representatives, calling for “the establishment of a memorial to victims who died as a result of terrorist acts against the United States or its people, at home or abroad.” The resolution was amended by the Committee on Resources in June of 2002 and eventually approved on September 25, 2002 on a “motion to suspend the rules and pass the bill.” It was sent to the Senate Committee on Energy and Natural Resources, but it has languished there ever since – in effect dead and going nowhere. In 2008, this Senate Committee considered making Dark Elegy, the work of a New York sculptor who lost a son in the bombing of Pan Am flight 103 over Lockerbie, Scotland, as the monument called for in H. R. 2982. However, the committee turned down the touching and thought-provoking sculptures of Suse Ellen Lowenstein – on the grounds that “…as compelling and impressive a proposal as has been made for the memorial in question, that we believe that, for the time being, that it relates to a very specific incident and should be treated as such rather than as a generic monument to victims of terrorism for all time.” Today the resolution seems forgotten, and it is the purpose of this website to promote a petition to the House of Representatives and the Senate Committee on Energy and Natural Resources, requesting that H. R. 2982 be reconsidered and revisited.
View all posts by jrcclark →
This entry was posted in Posts for the Cause and tagged 1979, Bureau of Diplomatic Security, december 14, Istanbul, Library of Congress, Lt. Colonel James B. Clark, Marxist-Leninist Armed Propaganda Unit, monuments to victims of terrorism, terrorism, terroristic violence, War on Terrorism. Bookmark the permalink.