Fostering a New Culture for Living: The International Day of Peace

The International Day of Peace was first established in 1981 by the 36th session of the United Nations General Assembly, as an effort to promote a “specific time to concentrate the efforts of the United Nations and its member states, as well as of the whole of mankind, to promoting the ideals of peace and to giving positive evidence of their commitment to peace in all viable ways.” Ambassador Emilia Castro de Barish from Costa Rica initiated the original resolution for consideration, but a prominent organization known as Pathways to Peace also played a major role in its passage, through its nascent efforts to promote the Culture of Peace Initiative. Since 1982, it has been observed annually on the 21st of September by numerous countries, political affiliates, military organizations, and cultural groups. Through the guiding efforts of both Costa Rica and Great Britain, a second resolution passed in 2001 called for a global ceasefire and day of non-violence to be held on the day of peace. Traditionally, this yearly commemoration of amity is also considered to be the inauguration day of a new UN General Assembly, which normally meets from September until December.

Originally postulated as an idea for worldwide peacebuilding toward the end of World War II (1945), Pathways to Peace (PTP) first sponsored and systematized research projects in 1962 and emerged as a worldwide consulting service in 1970. In essence a worldwide educational and peace creating association, it eventually incorporated in 1983 as a non-partisan organization, and assumed its status as a primary consultative service to the United Nations in 1987. Since then, the overall objective of PTP has been to foster communication and cooperation between existing nations and organizations, as a means of lessening tension in specific areas of the world and gradually implanting a developing sense of peace. According to the philosophy advocated by PTP, peace is an evolutionary process that comes gradually through the dynamic nurturing of amity-seeking values, often referred to as a “culture of peace.” The organization works on the local and global level in sponsoring this initiative, often times through collaboration with other organizations. PTP is a regular participant in conferences held at the United Nations, where it addresses the ideals and methodology of peacebuilding.

Springing from the ideals of PTP and its founder, Avon Mattison, the Culture of Peace Initiative came into existence in 1983. Greatly affected by the destruction evident in the aftermath of World War II, Mattison has always espoused the diplomatic ideals of what she has called “wishful thinking,” or the perpetual and repeated redetermination that peace is much more than just ending a war – requiring a whole new frame of reference in acumen. She realized that once you are successful in ending one war, another springs into existence three, five, or ten years later. “We must change the culture itself that started the war. We have to make war obsolete. It must be incomprehensible that we ever tried to solve our problems in this way,” she says. To supplant the cycle of death and destruction that entails war, she envisions a society that repeatedly embraces the ideals of progress and peace. “You can’t end war by being involved in war. You have to transcend that and go to another level and create a culture of peace, based on the idea of, as Albert Schweitzer said it so well, ‘a reverence for life.’” In the early 1960s, Mattison became a member of a group that worked feverishly for the establishment of the day of peace – in the process forging a friendship with Robert Muller, the Assistant Secretary-General of the United Nations who also won the UNESCO Peace Education Prize in 1989. They worked together along with other dedicated individuals until the “idea reached its critical mass,” says Mattison. Pathways to Peace, the International Day of Peace, and the Culture of Peace Initiative are the results of the friendship forged between Muller and Mattison – and their tireless efforts as proponents of world peace, which also include the establishment of the University for Peace in Costa Rica.

The Culture of Peace Initiative (CPI), as established in 1983, is a United Nations sponsored effort to unite the assets of organizations throughout the world that are struggling to bring peace to practical reality. Another intention of CPI is to highlight the behind-the-scenes work of those “unseen and unheard” people that are dedicated to a culture of peace, while also demonstrating what people around the world can do to promote the International Day of Peace one step at a time. In describing and explaining CPI, the website offers the following explanation for making peace a reality in the 21st century:

■ Where the many pathways of human endeavor such as business, education, environment come together to better understand each other and share activities in a way that enables deeper connections and wider systemic awareness.

■ Where individuals, businesses, other organizations, and networks can come together to use the PeaceBuilding compass to navigate through these turbulent times. We are at a crossroads that calls out for the best in each one of us, individually and collectively. Our purpose is to enable creativity and collaboration for finding working solutions to the toughest challenges of our times. 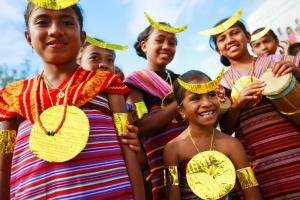 We live in a world that is too often dominated by a culture of death and annihilation, in which closed-minded ideologies often seem to be on the increase, undermining the ability of one culture to reach out to another in tolerant acceptance of apparent differences. At a time when mass communication has achieved the unprecedented ability to grant instantaneous worldwide contact with billions of people, global challenges and pressures too frequently sabotage social cohesion and the human capacity to reach out in understanding to one another. The Culture of Peace Initiative seeks to foster a deeper sense of the commonalities that bind us together as human beings, while also teaching the obligation to respect the contrasts amongst the diversity of cultures in the world. The mutual understanding that can stem from these efforts would include a lessening of terroristic activity in the world, since a great deal of the motivation for transnational violence comes from the very things CPI hopes to prevent preemptively. This website supports such proactive thinking strongly, but also urges you to sign the petition that you can access by clicking on the link below.

On October 2, 2001, scarcely one month after the horrors of 911, Representative Jim Turner of Texas introduced H. R. 2982 to the House of Representatives, calling for “the establishment of a memorial to victims who died as a result of terrorist acts against the United States or its people, at home or abroad.” The resolution was amended by the Committee on Resources in June of 2002 and eventually approved on September 25, 2002 on a “motion to suspend the rules and pass the bill.” It was sent to the Senate Committee on Energy and Natural Resources, but it has languished there ever since – in effect dead and going nowhere. In 2008, this Senate Committee considered making Dark Elegy, the work of a New York sculptor who lost a son in the bombing of Pan Am flight 103 over Lockerbie, Scotland, as the monument called for in H. R. 2982. However, the committee turned down the touching and thought-provoking sculptures of Suse Ellen Lowenstein – on the grounds that “…as compelling and impressive a proposal as has been made for the memorial in question, that we believe that, for the time being, that it relates to a very specific incident and should be treated as such rather than as a generic monument to victims of terrorism for all time.” Today the resolution seems forgotten, and it is the purpose of this website to promote a petition to the House of Representatives and the Senate Committee on Energy and Natural Resources, requesting that H. R. 2982 be reconsidered and revisited.
View all posts by jrcclark →
This entry was posted in Posts for the Cause and tagged Costa Rica, International Peace Day, memorials, monuments to the fallen, monuments to victims of terrorism, Pathways to Peace, Peacebuilding, terrorism, terroristic violence, United Nations, United Nations General Assembly, University for Peace, World War II. Bookmark the permalink.