Peace as a Duty: The American Friends Service Committee (AFSC) 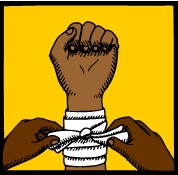 Sometimes humankind’s dedication to waging hatred and war runs so deep that even the meek and pure of heart who attempt to circumvent such events become the object of derision and potential acts of violence. Perhaps no group of people in America knows this better than the Quakers, a religious sect that traces its origins back to the mid-1600s as a breakaway Christian alternative to the Church of England. Springing out of the violence of the English Civil Wars, the “Religious Society of Friends” became known for its use of the word “thou,” commitment to plain dress, refusal to swear oaths to political entities, opposition to slavery and alcohol, and the practicing of emotional purity with a direct personal relationship to God. Perhaps the one ideal for which they are best known stems from their refusal to participate in the waging of wars, which has also at times put them at great odds with mainstream culture. In particular, this commitment to pacifism placed the religion contrary to American societal trends in 1917, at a time when the United States ended its isolationism and entered World War I. 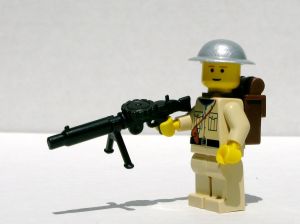 AFSC Was Born In The Midst of World War I
Photo credit: Dunechaser / Foter / CC BY-NC-SA

Their opposition to violence in all its forms leads most Quakers to the refusal of military duty, even when called to that obligation through conscription, perhaps better known as “the draft.” Such was the case in 1917 when the United States joined the war against Germany and its allies, forcing the Quakers to provide conscientious objectors a constructive substitute for military service. In the midst of this predicament grew a uniquely American component of the religion, by which Quakers were able to “serve both humanity and country while being faithful to their commitment to nonviolence.” Now known as the American Friends Service Committee (AFSC), this organization began by reaching out and helping conscientious objectors during the First World War, but also through its efforts to establish the means by which military duty could be carried out in other ways than on the battlefield. Throughout World War I, many draft boards across the country assigned conscientious objectors to the AFSC, which in turn directed the center of its efforts to wartime relief – such as the collection of food, clothing, and other life-sustaining supplies for disbursement in France and other areas greatly impacted by the fighting. AFSC workers were able to build a maternity hospital, care for refugee children that had been displaced in the waging of war, repair and reconstruct homes destroyed during the conflict, and distribute the supplies necessary for sustaining the everyday needs of life. At the end of the war, AFSC programs spread into many areas of Europe, including Poland, Serbia, and Russia.

During the 1930s and the years of  World War II the AFSC grew even more active, as worldwide humanitarian needs became more and more necessary during those tumultuous years. With Adolf Hitler growing increasingly more powerful in Germany and the horrors of the Holocaust spreading across Europe, AFSC was instrumental in helping all types of refugees escape the advance of Nazi oppression. Similarly, relief for children suffering on both sides of the Spanish Civil War was also a focal point of AFSC efforts just prior to the eruption of World War II – and when the war did eventually occur, AFSC took the unpopular role of aiding Japanese-Americans during their confinement in wartime U. S. concentration camps. Upon the end of hostilities in 1945, AFSC proved equally invaluable for the reconstruction of war-torn Europe, India, China, and Japan. Post-war efforts of the Quaker relief efforts did not go unnoticed, as evident in the fact that AFSC and the British Friends Service Council jointly received the 1947 Nobel Peace Prize. The following year of 1948 witnessed the AFSC aiding refugees fleeing the violence rampant in the Gaza Strip during the First Arab-Israeli War.

Following World War II, AFSC continued to provide charitable aid to impacted civilians on both sides of conflicts, such as the Korean War, Hungarian Revolution , and the Algerian War – but it also began to focus its efforts on programs designed for alleviating the tensions that tend to cause war, including the disparity between the rich and poor, injustices inflicted on ethnic minorities, and shortcomings in education, housing, and working conditions. The universal objectivity of Quaker peace efforts became very evident during the Vietnam War, when the “AFSC undertook programs of child care and prosthetics for war-injured Vietnamese civilians in the south and provided medical supplies for civilians in the north.” Unable to acquire U. S. State Department approval for delivery of the medical supplies to North Vietnam, AFSC eventually dispatched the aid with the help of Canada. In recent years, AFSC has been a open critic of the Iraq War, sponsoring a “Wage Peace Campaign” that called for ending the conflict and rebuilding the war-ravaged country “justly.” Ongoing AFSC programs today include efforts to prevent the militarization of American youth, fairer patterns in international trade, terminating the buildup of weapons and the international arms trade, banning the use of land mines, debt relief in poorer countries, a just two-country peace in Palestine-Israel, and reforming the U. S. criminal justice system.

Objective writers on the subject of AFSC programs have astutely recognized that “AFSC’s peace witness is not just a negative peace (the absence of war or armed conflict), but a positive peace built on the presence of justice and human reconciliation.” Such an approach to world peace is just what the doctor ordered when it comes to proactively confronting transnational violence, also known as terrorism. Although military action might help in the short term to weed out radical cells dedicated to violence, it is the deep-seated, comprehensive labors dedicated to long term peace promotion that will prove the most helpful when it comes to ending the causes of that scourge in human history. The recognition of that fact runs hand in hand with the need to be aware of those that have died innocently in terroristic acts. You can help advance that fact by signing the petition to which this website is dedicated. Your effort would take just a couple of minutes of your time and no financial commitment at all. Join us and click on the link below.

On October 2, 2001, scarcely one month after the horrors of 911, Representative Jim Turner of Texas introduced H. R. 2982 to the House of Representatives, calling for “the establishment of a memorial to victims who died as a result of terrorist acts against the United States or its people, at home or abroad.” The resolution was amended by the Committee on Resources in June of 2002 and eventually approved on September 25, 2002 on a “motion to suspend the rules and pass the bill.” It was sent to the Senate Committee on Energy and Natural Resources, but it has languished there ever since – in effect dead and going nowhere. In 2008, this Senate Committee considered making Dark Elegy, the work of a New York sculptor who lost a son in the bombing of Pan Am flight 103 over Lockerbie, Scotland, as the monument called for in H. R. 2982. However, the committee turned down the touching and thought-provoking sculptures of Suse Ellen Lowenstein – on the grounds that “…as compelling and impressive a proposal as has been made for the memorial in question, that we believe that, for the time being, that it relates to a very specific incident and should be treated as such rather than as a generic monument to victims of terrorism for all time.” Today the resolution seems forgotten, and it is the purpose of this website to promote a petition to the House of Representatives and the Senate Committee on Energy and Natural Resources, requesting that H. R. 2982 be reconsidered and revisited.
View all posts by jrcclark →
This entry was posted in Posts for the Cause and tagged AFSC, Algerian War, American Friends Service Committee, Iraq War, monuments to victims of terrorism, peace, Quaker, Spanish Civil War, United States, world brotherhood, World War II. Bookmark the permalink.